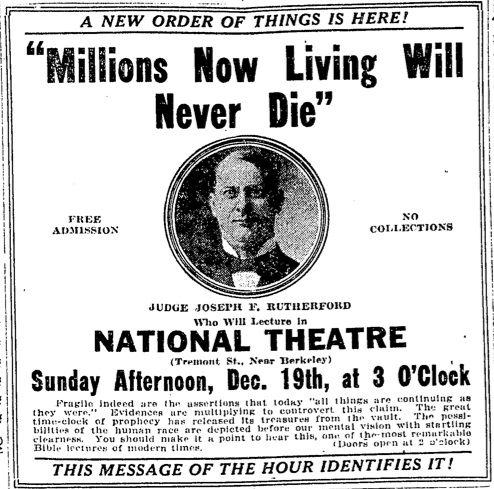 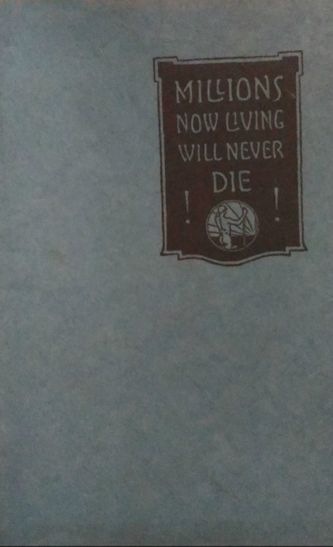 In 1920 the Watchtower published a 'revelationary' new book written by the Society's president Joseph F. Rutherford. It was boldly titled, 'Millions Now Living Will Never Die!'

It certainly wasn't the first time this adventist group had attempted such dogmatic predictions identifying with very specific certainty Armegeddon, Christ's return, and Jehovah's kingdom on earth, nor would it be the last.

1925 was the pinpointed date which would usher in a New World Order commencing with the the bodily resurrection of Abraham, Issac, Jacob and others, who then would assume earthly authority.

I wrote a humorous poem in summary of this bold prediction.

See the audio/visual at the bottom of the page.

Hope you enjoy it!